A tale about design

Last week at GCDS, we rented a minivan and road-tripped around the island. One Banshee hacker (Bertrand), one F-Spot hacker (me) and six guys from the GNOME art team (Garrett, jimmac, Benjamin, Andreasn, Vinicius and mpt). From a risk management point of view, this was suicide, who whould do our artwork if we drove into a ravine? Fortunately, that did’t happen, we had a great day and I can write this blogpost, a tale about design.

We were already aware of it, but hadn’t fixed it yet: the F-Spot preferences dialog is totally netbook unsuited. And it is extremely ugly. Behold: 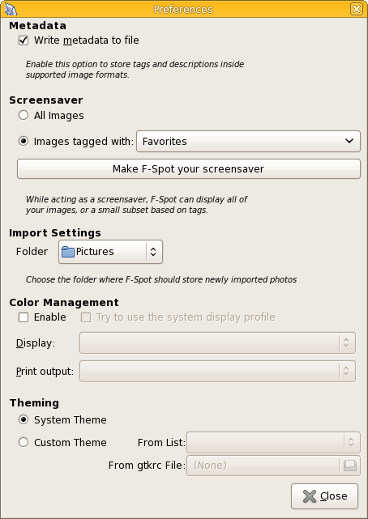 During GCDS, I was approached by Matthew Paul Thomas (mpt). He wanted to redesign our preferences dialog and fix it. We had a good chat and ran over the current preferences dialog, what it does and why. Two or three hours of sketching and drawing later, he presented this: 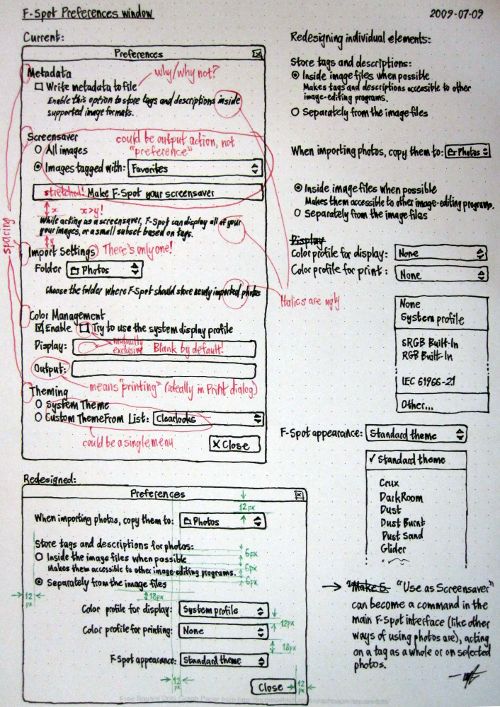 It’s a simple paper mockup, describing the current dialog, what’s wrong and how we can improve it. This was then followed by a proposal for a new design. For a hacker, this is gold. We generally aren’t the best user interfaces designers (let’s just admit it), but we do like good design. When given a spec, we can make things happen quickly. This mockup made sense and it was sound: it follows the HIG.

I handed it over to Stephane Delcroix and an hour of hacking later, we had a new preferences dialog: 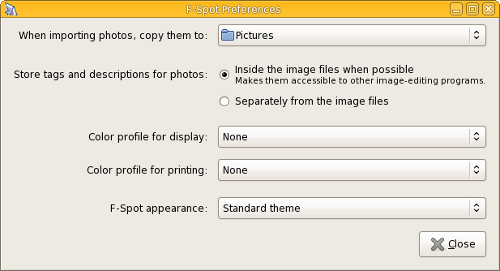 It’s this kind of cooperation that makes the GNOME community such a nice place to be in.