Somebody dropped into #f-spot on irc.gnome.org a few days ago and asked:

“is f-spot development still active, or is it just the occasional patch here and there?”

Fortunately, the answer is yes, F-Spot is very much alive and kicking. It’s true, the pace was down for a period of time, mostly due to people getting precious time claimed by other obligations. Things are coming back up to speed lately and that’s what this post is all about.

Build problems: resolved
F-Spot was quite hard to build for some time, due to a dependency on gtk-sharp from SVN. On top of that, this led to bugs for some users. Two weeks ago, sde came in and fixed it all.

Building F-Spot should now work on all modern distributions, without the need to install libraries from source. You can get it at git://git.gnome.org/f-spot.

F-Spot and Git: the power of DVCS in action
We’ve set up an automatically synchronized copy of the F-Spot git repository on gitorious.org. This allows external contributors to branch and publish their work, in such a way that we can track it. This has paid off, as you can see over here: http://gitorious.org/f-spot/. There’s a buzz of activity with lots of cool branches being worked on. We love git, many thanks to the guys that made it happen, it’s making our work so much nicer!

What’s cooking
Here’s a short rundown of what people are working on (remember, this is all very experimental and beta, no promises on it ever getting released):

Many hands make light work
It’s true, F-Spot is far from perfect and we’re all too aware of that. Also, there’s so many cool features that we want in there, but haven’t found time to build it yet. But we all want to build the nicest photo app there is. 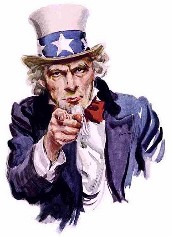 We want you to write code for F-Spot!

And you can help with that! If you know how to program, join us on IRC and feel free to poke me. Many hands make light work and currently most of our hands are already overoccupied. We have plenty of feature requests already, so unless you want to program them yourselves, you’ll probably just have to wait for it.

UPDATE: Due to me incorrectly parsing gitorious.org, I wrongly quoted Lorenzo as doing the Tabblo work. While he is helping to get it merged, it is Wojciech who deserves all the credit for the development, sorry for that!