Often being the subject of rants and critics (often undeserved), Pulseaudio hasn’t won the hearts of everybody yet. But today it has won mine: 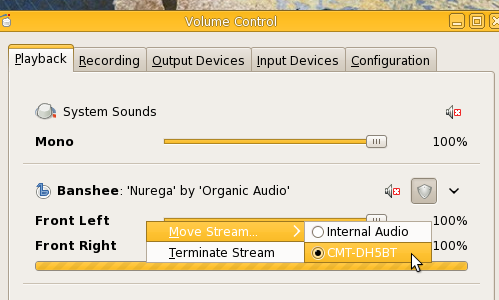 Getting Pulseaudio to work over Bluetooth was simply a matter of connecting and moving the stream. Trivial you might say.

A big congratulations to Lennart Poettering and Bastien Nocera for getting the two to work together (and probably others involved as well, credits to them as well). Guys, remind me to buy you a drink at GUADEC!