In his post Iconic consoles of the IBM System/360 mainframes, 55 years old, Ken Shirrif gives a beautiful overview of how IBM mainframes were operated.

I particularly liked this bit:

The second console function was “operator intervention”: program debugging tasks such as examining and modifying memory or registers and setting breakpoints. The Model 30 console controls below were used for operator intervention. To display memory contents, the operator selected an address with the four hexadecimal dials on the left and pushed the Display button, displaying data on the lights above the dials. To modify memory, the operator entered a byte using the two hex dials on the far right and pushed the Store button. (Although the Model 30 had a 32-bit architecture, it operated on one byte at a time, trading off speed for lower cost.) The Address Compare knob in the upper right set a breakpoint.

Debugging a program was built right into the hardware, to be performed at the console of the machine. Considering the fact that these machines were usually placed in rooms optimized for the machine rather than the human, that must have been a difficult job. Think about that the next time you’re poking at a Kubernetes cluster using your laptop, in the comfort of your home.

Also recommended is the book Core Memory: A Visual Survey of Vintage Computers. It really shows the intricate beauty of some of the earlier computers. It also shows how incredibly cumbersome these machines must have been to handle. 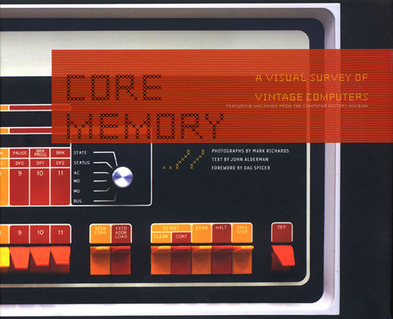 Even when you’re in IT operations, it’s getting more and more rare to see actual hardware and that’s probably a good thing. It never hurts to look at history to get a taste of how far we’ve come. Life in operations has never been more comfortable: let’s enjoy it by celebrating the past!