What’s the point of releasing open-source code when nobody knows about it? In “Release Notes” I give a  round-up of recent open-source activities.

Since this is the first instalment of what will hopefully be a regular thing, I’ll look back a couple months into the past. A long (and not even complete) list of things, mostly related to web technology. I hope you’ll find something useful among it.

A trivial plugin for doing URI encoding in Angular.JS view, something it oddly doesn’t do out of the box.

The nicest way to do translations in Angular.JS is getting even nicer, with more improved coverage of strings and filetypes, built-in support for asynchronous loading and more flexibility.

But most of all: rock-solid stability. Angular-gettext is now in use for some nice production deployments and it just works.

Angular.JS structures your data in nested scopes. Which is great, except when page structure doesn’t work like that and you need the inner data on a much higher level (say in the navigation). With import-scope, you can import the scope of a lower-level ui-view somewhere higher up. 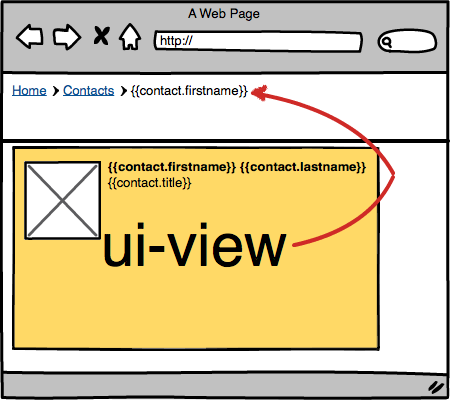 A select2 plugin for Angular.JS that actually works, with ng-options support.

A middleware plugin for Connect.JS that helps  you transform request bodies on the fly, typically on the result of a proxied call. Used in connect-livereload-safe and connect-strip-manifest (see below).

A Connect.JS middleware plugin to inject livereload. What’s wrong with connect-livereload? Well, I ran into some freak issues where modifying the DOM during load breaks Angular.JS. This plugin avoids that.

Connect.JS middleware to strip the HTML5 app cache manifest. Makes it possible to disable the caching in development, without having weird tricks in your HTML file.

A pile of new git commands supported, with a much improved test suite.

Lets you analyze HTML files to figure out which classes don’t exist anymore in the CSS. Good for hunting down obsolete style declarations.

A plugin for grunt-usemin that reuses existing .min.js files. This speeds up compilation of web apps and lets you use the minified builds provided by library authors.

Get JSON context information out of a string. Lets you build text editors that are aware of the structure of the JSON underneath it.

Suppose you have this:

With json-inspect you can figure out what it means if the cursor is at a given position:

A compiled version of Mapbox.JS, which you can use with Bower.

Or in human language: a Javascript module that calculates how you can make a meaningful legend for colorizing a map based on long tail data. If you’d use a linear scale, you’d end up with two colors: maximum and minimum. Nested means tries to adjust the legend to show more meaningful data. 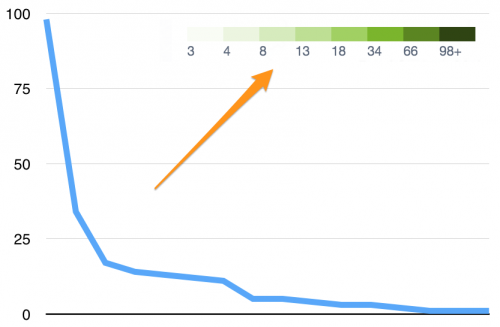 A linear scale would map everything to white and dark-green. Nested means calculates a scale that maps to many colors.

An experiment in using Harmony Proxies for tracking changes to objects. Here’s an example:

You can even wrap constructors. This ensures that each created instance automatically has change tracking built-in:

A gettext .po parser and serializer, usable in the browser and on the backend. The angular-gettext module is powered by this library.

Blog it or it didn’t happen.