Like Vincent, I occasionally care too much about some things. Because of that, I volunteered for the second year in a row to help out as an admin for the GNOME Google Summer of Code. My role will mainly be making sure every student keeps on track, organize a session at the Desktop Summit and try to get our students integrated into the community over the summer / during the summit.

To students that are still in doubt: Having done two Summer of Codes as a student myself, I can only conclude that this is probably the nicest way to earn some bucks as a student. Fun and interesting. The deadline for idea submission is approaching fast, but there’s still plenty of time to write-up a proposal. Talk to a maintainer and please work on top of an existing project rather than building something new.

I myself won’t be able to take up the mentoring of a student as I’m too busy founding a company (but that’s the subject of a future post). Now go submit your ideas and prepare for an awesome summer! 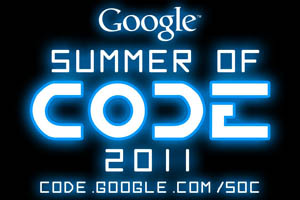