Last weekend, during the tenth edition of FOSDEM, we had the joy of organizing the first ever Mono developer room. While there had been talks about Mono before (including Miguel’s great presentation at FOSDEM 2007), it was still a rather underrepresented topic. For that reason, Stephane and I requested a developer room and gladly we got it. 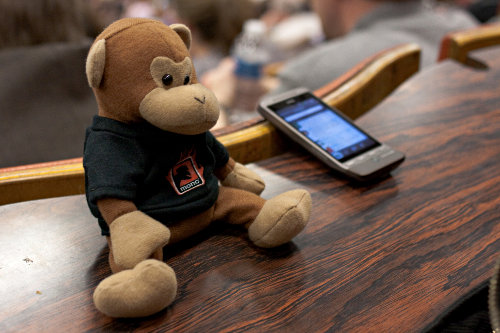 Plenty of Ruperts could be spotted at FOSDEM 2010

I was very happy to see the response we got from the call for talks: a very nice selection of talks was submitted. Clearly there was great interest to present at FOSDEM. The big question though was whether we would draw a crowd or if the presenters would have to talk to an empty room. 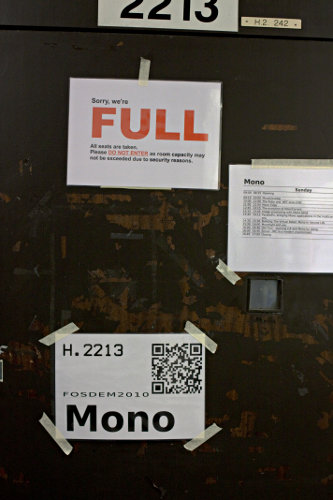 Sorry, you're too late!

It turned out that we had nothing to fear: we already had to close the room before 11:00 in the morning to avoid crowding. For the entire rest of the day, we had between 2/3 and full occupancy. Visitors were greeted by a nice selections of talks. 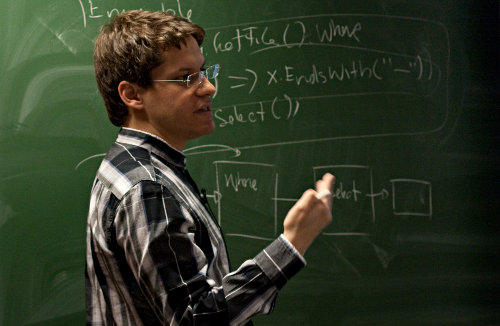 Miguel abandoning his slides and becoming a computer science professor at the chalkboard.

Not only did we have interesting talks, there was a good dialog going on in the room, which I enjoyed even more than the talks. There were some very interesting discussions going on and there was a general feeling of excitment.

Overall (and I think many share this feeling), we can say that the Mono room was a great succes, something we will certainly try to repeat next year. One more reason to attend FOSDEM! 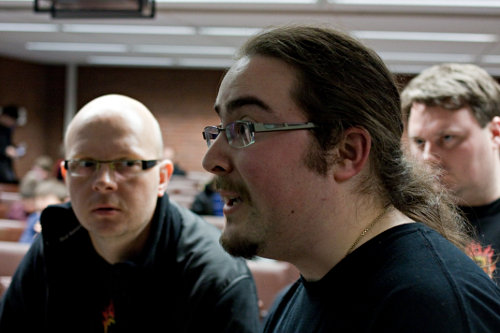 Discussion after the ParallelFx talk.

An even nicer set of photos, made by Stephane Delcroix (the ones above are my photos), can be found over here: Picasa. Additionally, the awesome Andrius Bentkus took the effort to record all the talks. These videos should become available soon.

Hope to see you all next year!