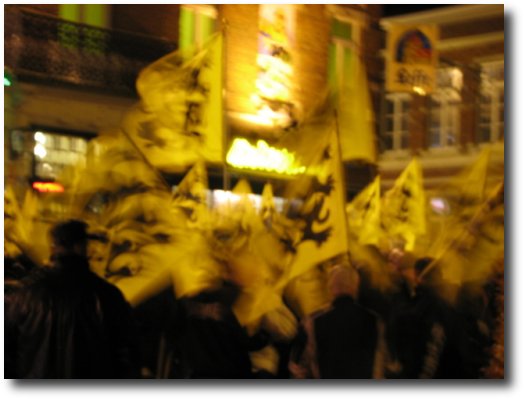 Though the pictures are quite horrible, people have been asking for them, so I’ve put them online. Keep in mind that it was dark and I didn’t want to use flash near a bunch of skinheads. That’s why most of them aren’t sharp, a long shuttertime. There were 23 riot control crews in town